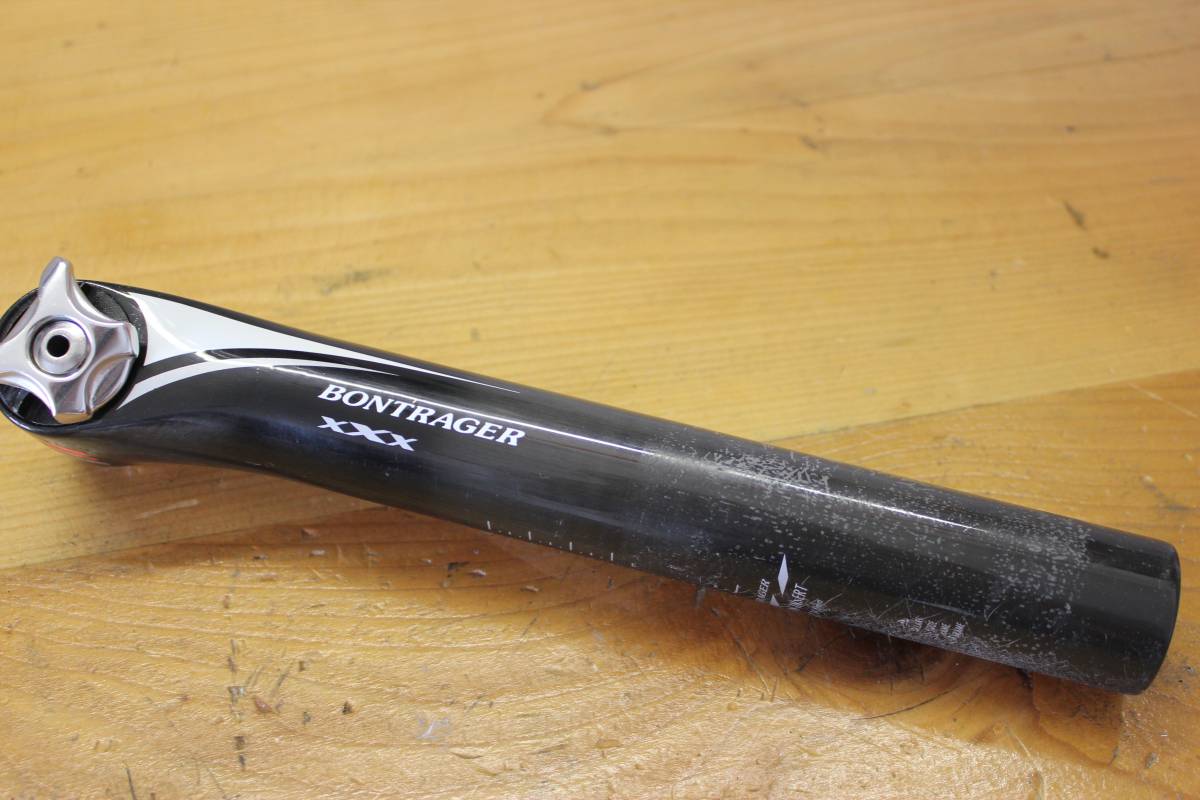 Before I start working on various carbon components I did a test of my hands-on skills and theoretical knowledge. Clearly I didn`t want to remove painting from carbon parts by heavy hand-brushing, but finding easier way of working and have a fun. I decided to test a new Canadian product – Carbo-Lift (EDIT - nowadays it`s PaintLifting company with CarboLift Sport product, the company has been re-located to the U.S.A.). Based on the product description, it`s ecological, non-toxic, water soluble and 100% reliable when proper work order and temperature setup (I later realized that the proper temperature is a key). OK, where to start my project? I took a carbon seatpost Bontrager XXX Lite Carbon delivered with a Trek Elite SSL 9.9 frame, but not used any more. If something wrong, it won`t be an issue. I ordered a small 500ml bottle of Carbo-Lift and kicked it off.

First time I applied Carbo-Lift emulsion at the seatpost`s surface I didn`t care much about proper temperature in my workshop (was end of summer) and even waiting for almost 24 hours, the result was more than bad (very bad, I would have said – "it does not work at all"). I was disappointed, however, I increased the temperature by using a powerful heater – an old electric oven. The temperature had increased up to 30C and I started working again. Now the mission completed successfully. Painting went off the seatpost like nothing and pure carbon surface remains untouched. Finally, good job, Carbo-Lift! I did more steps with other applications of Carbo-Lift emulsion till I removed all painting off. Every time I hung up the seatpost over the electric oven and slowly heated it.

Once fully completed I slightly re-brushed the seatpost with water sand paper, grain size 1000. It was easy and little job, it took me a few minutes only. At the end, I washed the seatpost in warm water with soap and dried it.

Bontrager made its seatpost from two different carbon textures, which caused another decision - to re-paint the seatpost back. I decided to create a custom design – painting seatpost`s head with black colour, while the body remains unpainted. On top of that I sprayed the seatpost with a clear UV-block coat. The seatpost clamps were re-anodized to black to match the seatpost`s head design.